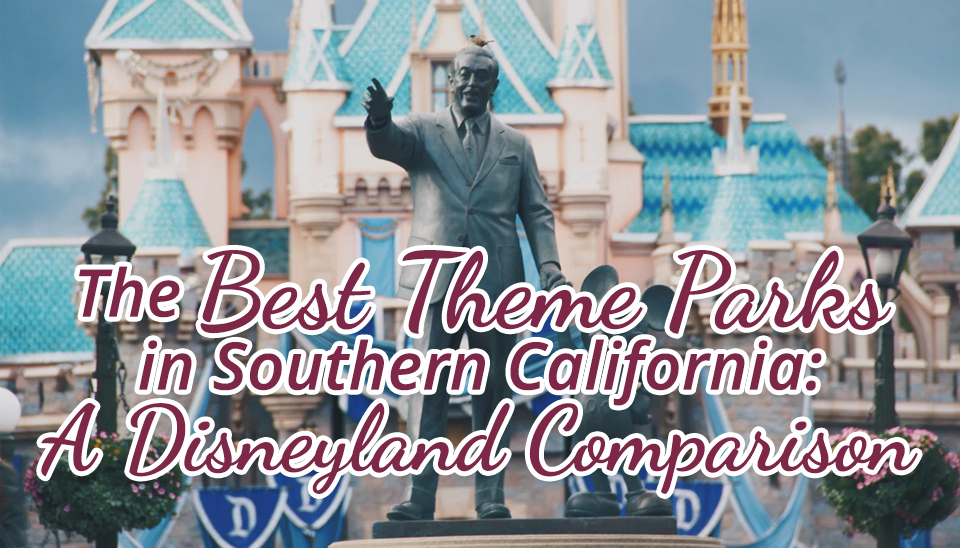 Planning a memorable vacation with friends/loved ones? Do they love the thrill and ambiance of themed rides and attractions? Try bringing the gang to one, or all, of these awesome amusement parks. From Disneyland classics to beachfront rides, these parks surely offer loads of fun and an exciting vacation! Find out what’s in store at these family-friendly zones where everyone can have a blast. 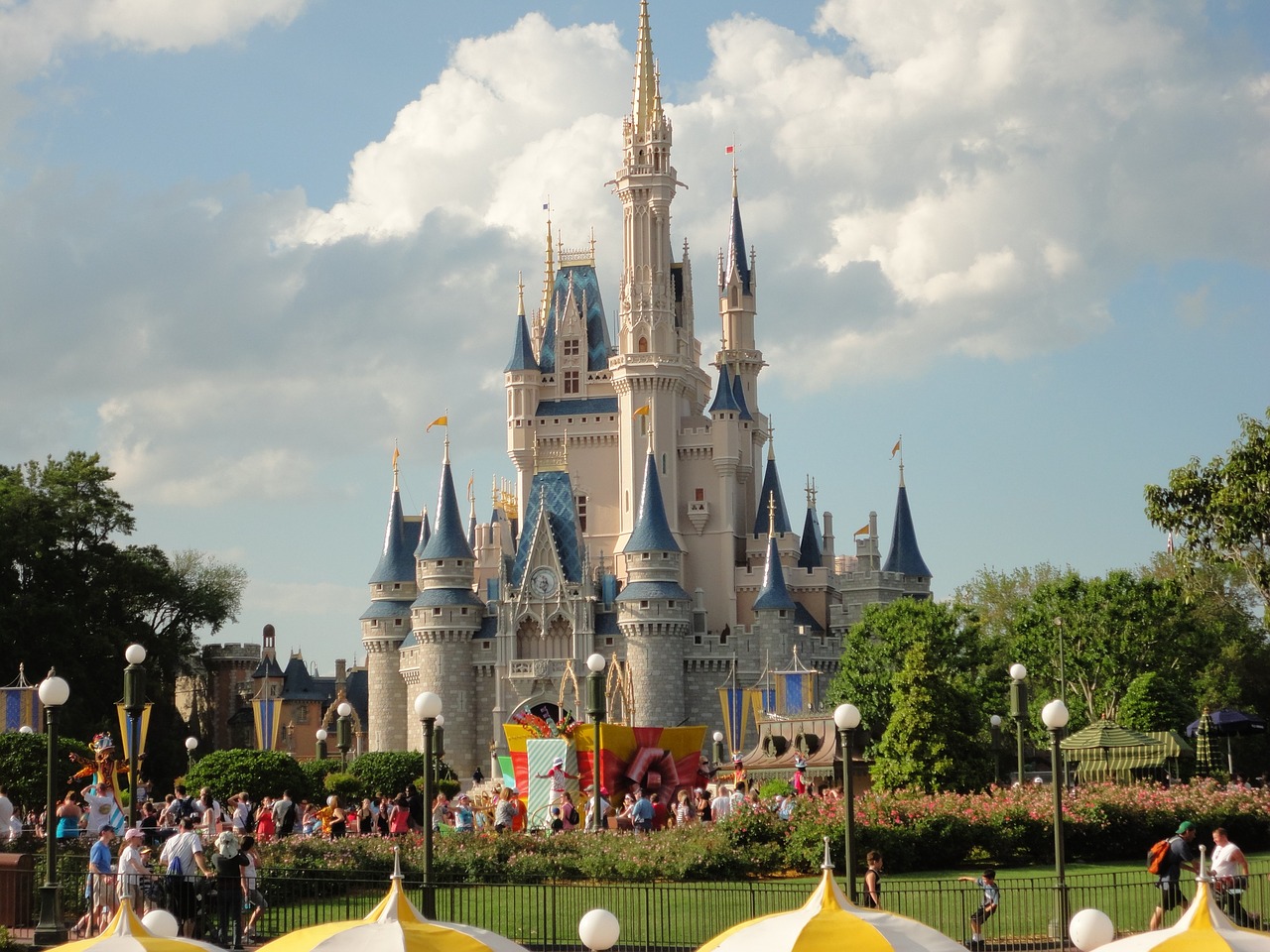 This is a no-brainer that can set a child’s face glowing by the mere mention of its name. “The Happiest Place on Earth” found in Anaheim offers two great amusement parks and is laid-out with eight themed lands.

Take a stroll down its re-creation of a Midwest town where the main walkway leads to the Central Plaza and the parks’ lands – Fantasyland, Tomorrowland, Frontierland, Adventureland, New Orleans Square, Critter County, and Mickey’s Toontown. At the center is Sleeping Beauty Castle that serves as the gateway to Fantasyland. It’s where attractions are based on Disney animated characters like Peter Pan, Snow White, Alice in Wonderland, and Pinocchio. Popular rides include Storybook Land Canal Boats, Mad Tea Party spinning teacups, and Dumbo the Flying Elephant.

Visitors, young and old, can have fun hanging with Disney characters in the land of make-believe. 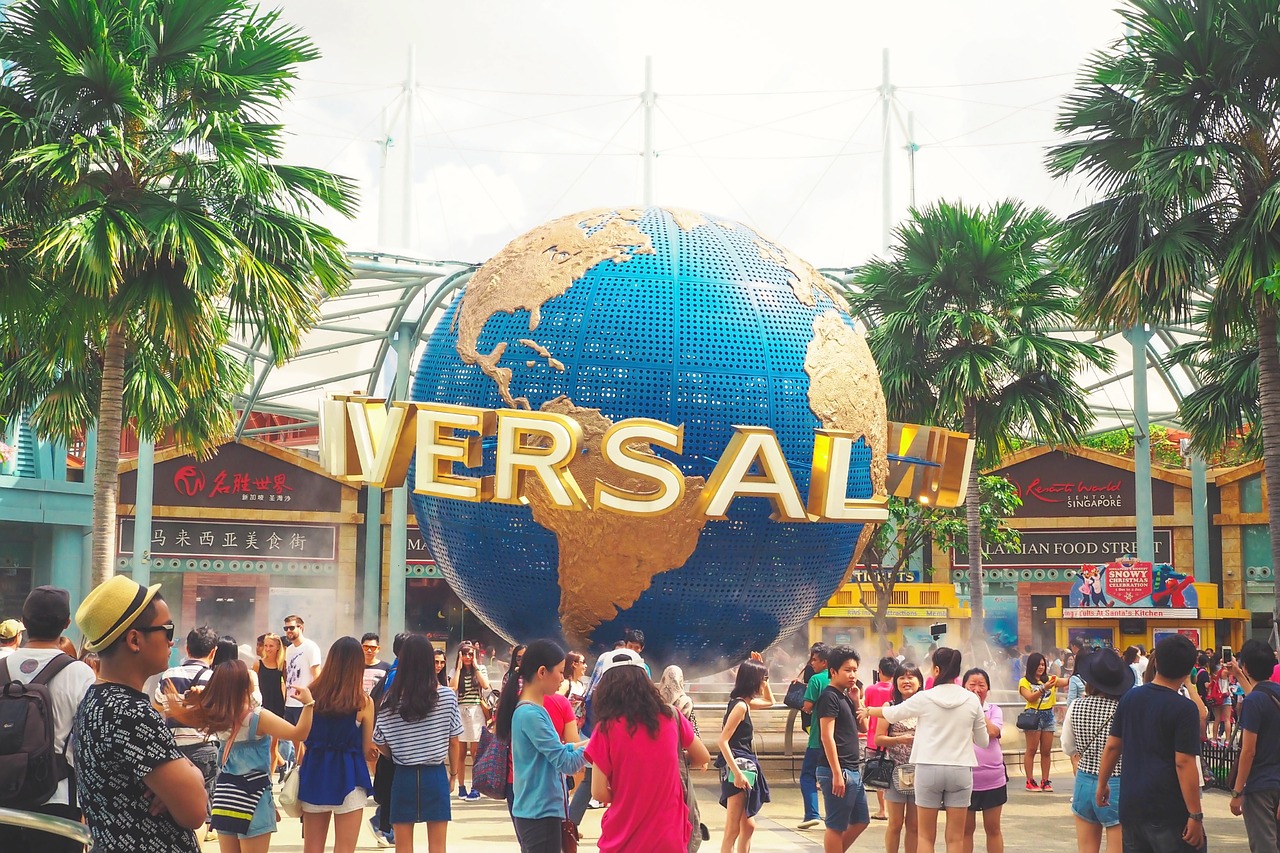 Movie magic is brought to life at Universal Studios, giving you a chance to step into its fantasy world. Universal Studios Hollywood’s hillside movie-themed park has carved out its own worthwhile thrills fueled by silver-screen memories.

Choose from Despicable Me Minion Mayhem ride, the zombie-filled Walking Dead attraction, or the popular Waterworld show. You’ll also encounter rides based on Jurassic Park, Revenge of the Mummy, or Transformers. No one would want to miss The Wizarding World of Harry Potter, complete with a recreation of Hogsmeade. Save some time for Universal CityWalk, the park’s neon-lit complex. The complex offers an array of stores and dining options such as Pink’s Famous Hot Dogs, and the first California branch of Voodoo Donuts.

Although there are attractions and shows for every age, this park is best suited for teens and adults due to loud noises, high action, and life-like special effects. If your kid is up to it, it’s a good way to level up the fun! 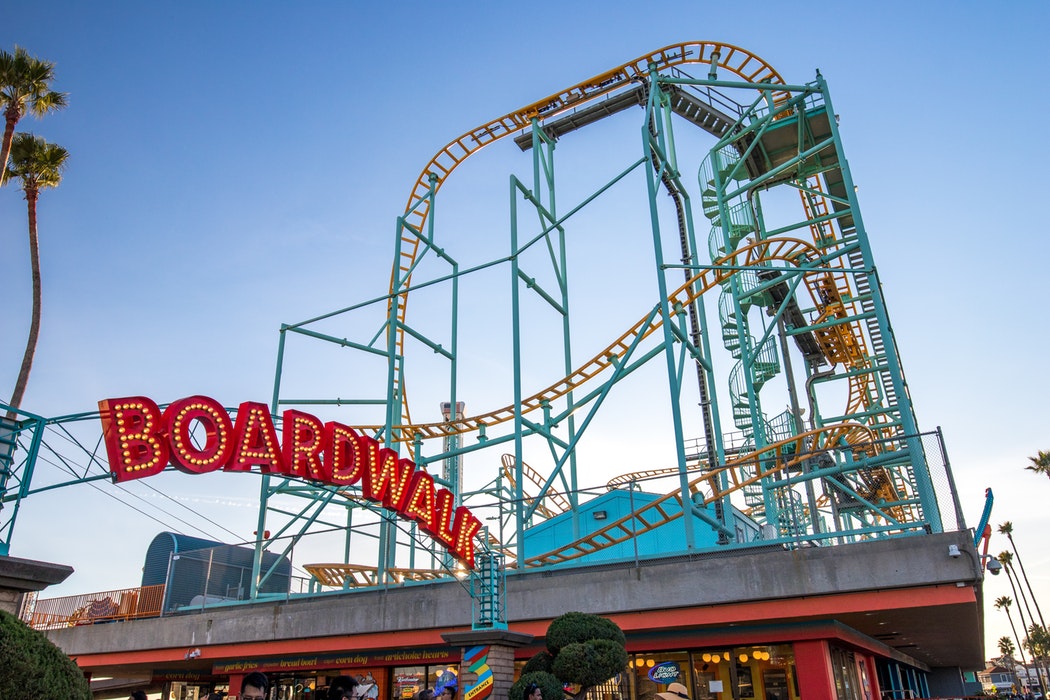 Experience this park’s five themed zones of Southern California-themed fun. Ghost Town is a trip into the past of the legendary Wild West. The surf scene washes over the Boardwalk, while Indian Trails explores the heritage of the Native American civilization. Fiesta Village pays homage to Spanish California, and Camp Snoopy is home to the Peanuts Gang. It also offers twenty-kid approved rides and hands-on adventures.

The ride Knott’s Supreme Scream has been categorized as an “aggressive thrill”, so don’t say we didn’t warn you. It propels riders 252 feet straight up into the air, so get ready for the ride of your life! 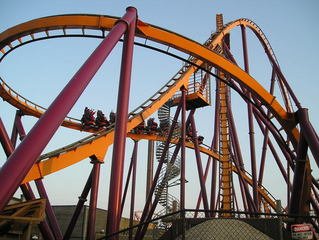 Roughly an hour drive northeast of Los Angeles and a daredevil’s paradise, Six Flags delivers adrenaline-pumping thrills for all. While there are gentle rides here, the park is famous for ones that’ll push your heart into your mouth, and probably the last thing you ate too. Get spun, flung, and plummeted on rides like Goliath, X2, Sling Shot, and Tatsu. For experiencing the best of the rides, get seated in the front and be ready! Have little ones who need a mellow ride? Bugs Bunny World has rides perfect for kids and Looney Tunes characters that they will surely love.

For a cool retreat in summer, head to adjacent Hurricane Harbor. You can slip and slide on more than 20 water slides, ride a make-believe African river or relax beside a tropical lagoon. It’s open from May to September. 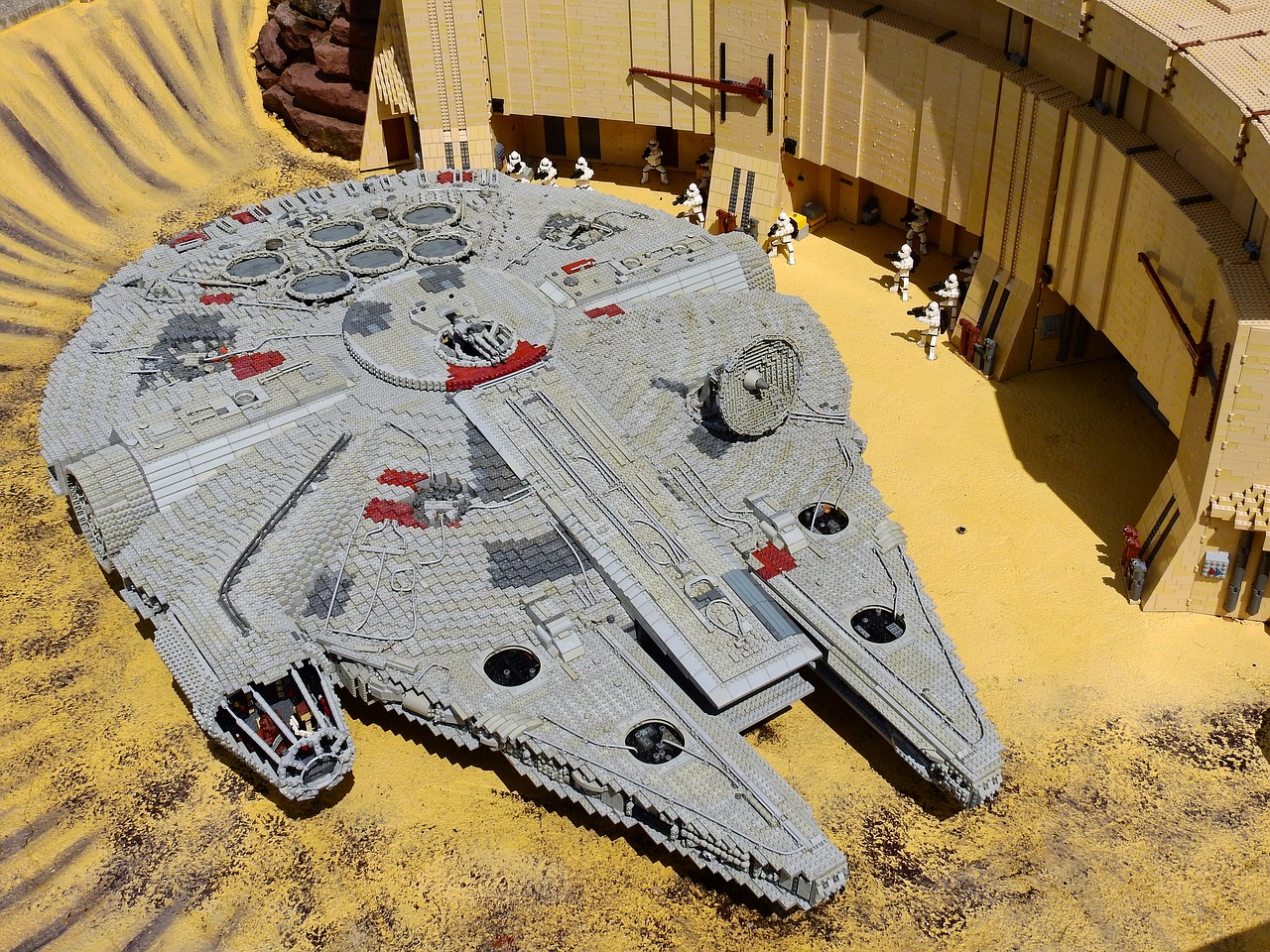 Located in Carlsbad, on the north side of San Diego County is this Lego-themed amusement park which uses its famous building blocks everywhere they can, including rides! With its own water park and aquarium, LEGOLAND California is a kind of place any group can spend their day!

Walk through Miniland USA that features more than 32 million Lego bricks in its globe-spanning dioramas, as well as scenes from several Star Wars movies, like an enormous Death Star! The park also has more than 60 rides, shows, and attractions. That includes 3 roller coasters, live shows by the LEGO friends, entertainment and meet Lego characters from Ninjago, The Lego Movie, and Lego Batman. Legoland offers fun for the young and young at heart. 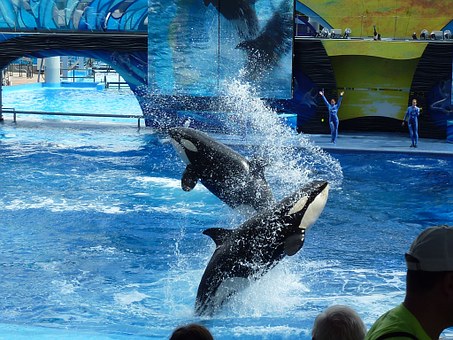 Explore the fascinating world beneath the waves as you spend your day in SeaWorld. Located just off San Diego’s Mission Bay, the park offers a variety of ways to learn about and celebrate marine life. It’s also a home for injured or orphaned marine animals on Southern California beaches. They are being nursed or rehabilitated before they can be returned to the ocean.

Dive into a deep-sea adventure in the Ocean Explorer. Observe harmless rays, sharks, and orca whales in the Orca Encounter. Climb aboard a host of rides like Abby’s SeaStar Spin, Journey to Atlantis, or Manta. While the theme park is amazing on its own, stay late during the summer through September for the Electric Ocean. It’s a light show that transforms rides, shows, and attractions into colored displays inspired by the ocean bio-luminescence. Since the park is both fun and educational, it will surely make every encounter a new journey of discovery.

Enjoy a day of fun-filled rides, games, and food. Ride the West Coast’s only roller coaster on a pier, the West Coaster, and Sea Dragon. Show your skill at one of the games and attractions, from Ring Toss to Whack-A-Mole to Water Race. After trying your luck in some games, you may win a prize bigger than you!

People always think that theme parks are only for kids. The truth is, almost everyone loves and adores theme parks. What’s your favorite theme park? 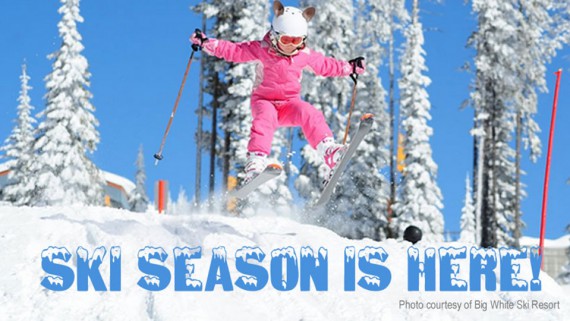 These ski vacation rentals will make you jump for joy! 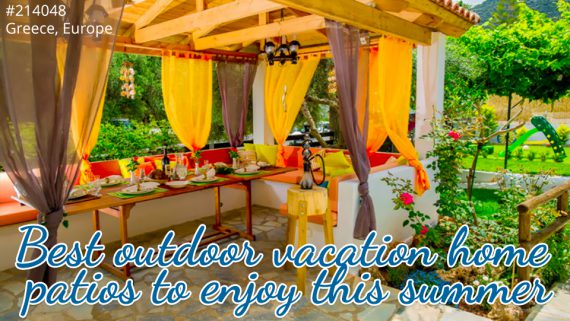 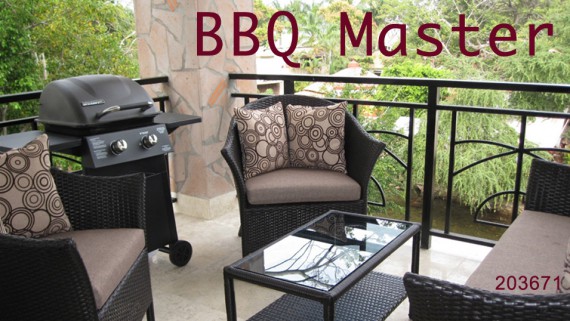 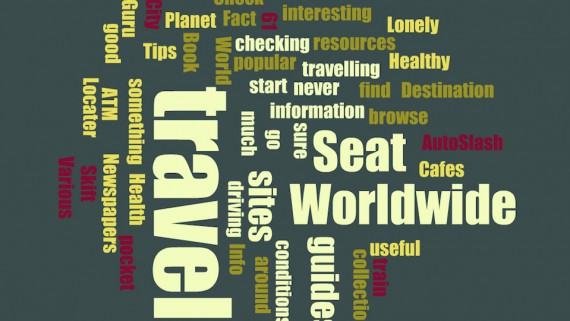 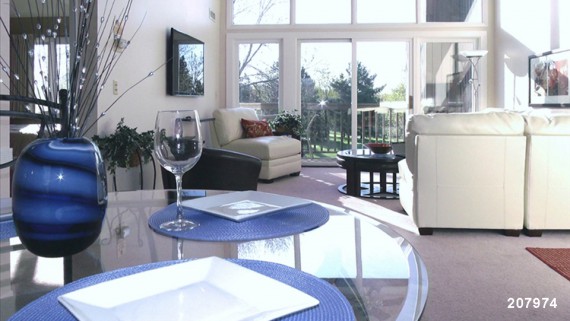